The UAB will award Canadian anthropologist Monica Heller, lecturer at the University of Toronto, an honorary doctorate after being proposed for the award by the Faculty of Arts & Humanities. According to the UAB Department of English and German Studies, she is one of “today’s most renowned academic figures” in the areas of sociolinguistics and linguistic anthropology. The decision to award this honorary doctorate was recently passed by the UAB Governing Council and the awards ceremony will be held soon.

Her research has contributed to demonstrating the fundamental role of language in a wide range of social processes such as inequality and social inclusion and exclusion, in relation to the neoliberal economic system, nationalism and new forms of colonialism, or the forms and values of plurilingualism stemming from mobility and migration. Heller demostrates that language, apart from representing the identity of a group, is a resource with material exchange value in an economy of services, in which communication has become a new working tool and the product of work itself, as is the case of call centres.

To understand bilingualism beyond it representing identity, she examined the economic value of language as a form of human capital in workplaces of not only Canada, but also in Catalonia, Finland and Switzerland. Another of her outstanding works focuses on the sociolinguistic situation of Francophones in Canada through the study of French evaluations within schools, associations and workplaces in Quebec.

Editor of the Journal of Sociolinguistics

Heller, who received her PhD from the University of California, Berkeley, is lecturer and researcher at the Department of Sociology of the Ontario Institute for Studies in Education, the Centre de Recherches en Éducation Franco-ontarienne and the Department of Anthropology of the University of Toronto. She has published several monographs and research papers, and was editor of one of the most influential sociolinguistic journals, the Journal of Sociolinguistics.

Moreover, throughout her academic career, Heller conducted several stays at higher education and research institutions in Germany, Brazil, Belgium, Finland and France. In 1999, she spent a stay at the UAB Department of Catalan and later worked in collaboration with the Department of English and German for more than 20 years, particularly with the CIEN group, under the framework of several research projects led by Melissa Moyer, Chair Professor in Sociolinguistics.

Heller has been president of the American Anthropological Association and a member of the Royal Society of Canada. One of her outstanding achievements is her commitment to bringing women, young researchers and academics from city outskirts, particularly from Latin America, into the international academic scene. She collaborates with several institutions and communication media such as The Los Angeles Times, The Wall Street Journal and The Washington Post. Among the many awards she has received are the Konrad Adenauer Research Award, from the Alexander von Humboldt Foundation, Germany, and the research award from the Centre de Recherche en Civilisation Canadienne-Française of the University of Ottawa, Canada. She has also been awarded an honorary doctorate from the University of Western Brittany, France, and the University of Bern, Switzerland. 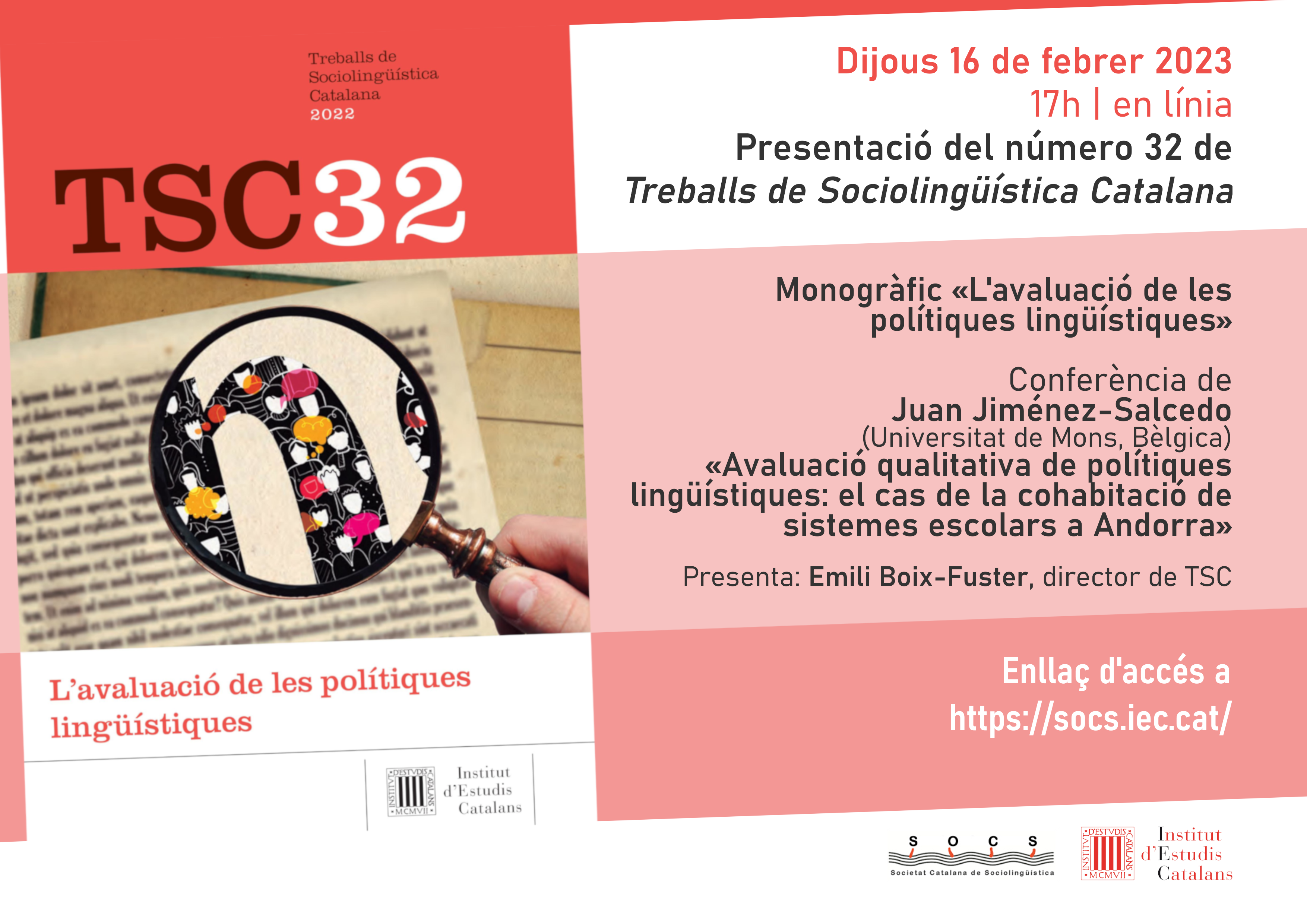 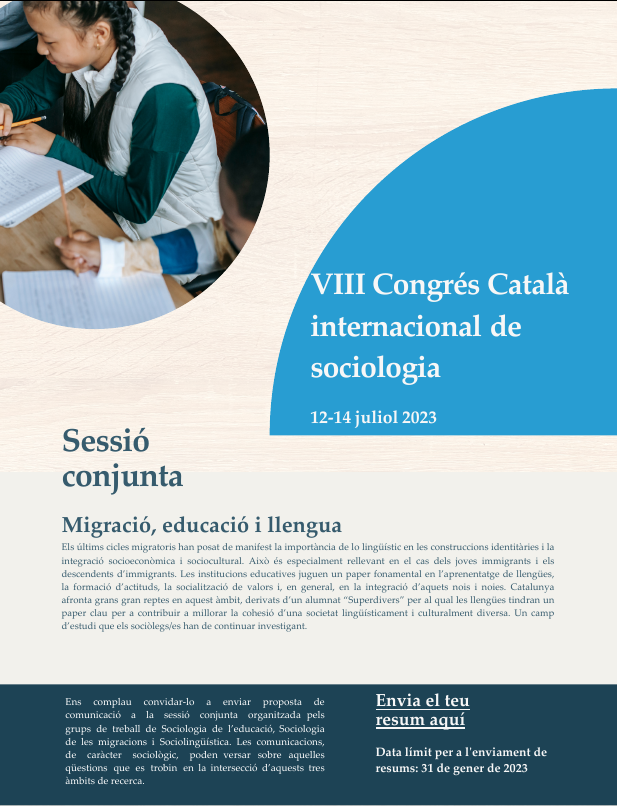 END_OF_DOCUMENT_TOKEN_TO_BE_REPLACED

Codó (2022) Languaging teachers. CLIL and the politics of precarisation in Catalonia

Source: Languaging teachers | 10 | CLIL and the politics of precarisation in C

Languaging teachers. CLIL and the politics of precarisation in Catalonia

The aim of this chapter is to investigate CLIL as a site of struggle for educators and school heads. It takes a sociolinguistic and political economy perspective that focuses on the investigation of schools as neoliberalised workplaces and of teaching as a profession in transformation. Data come from two institutional ethnographies conducted near Barcelona (2015-2017) in a state school and a publicly subsidised private school. The analysis shows that, as a wholesale process of languaging teachers, CLIL is a stratifying mechanism that alters established regimes of value, subjectifies teachers to marketise and precarise themselves and especially in the state sector, reinforces existing inequalities between permanent and temporary staff.

The dominant conceptualisation of Englishisation, and the associated implementation of English-Medium Instruction (EMI), is as a top down, policy-led process (Lanvers & Hultgren, 2018). This raises the question as to the appeal for student stakeholders to choose the English-taught tertiary level programmes offered to them. To shape the learning experience and to address demands in what is a competitive market, higher education institutions may find it useful to know more about the student standpoint.

Wächter and Maiworm (2014, p. 17) reported that EMI provision in southern Europe “very much lags behind.”1 Nonetheless Spain – the setting for the present study – is considered to have positively welcomed EMI in the wake of globalisation and to improve foreign language learning (Doiz & Lasagabaster, 2018). Our particular locus of research is Barcelona, the capital of the autonomous bilingual Spanish-Catalan community of Catalonia, where the regional language, Catalan, is the language of instruction at state primary and secondary schools. We explore how the past choice of an English-mediated education is accounted for by students, and the extent to which those motivations still apply. For our data collection, we target undergraduates in the middle of their degree, thus avoiding the potential “honeymoon period” of the early stages of an EMI programme, when the challenge of instruction in a second language2 (L2) “might not yet have crystallized” (Henry & Goddard, 2015, p. 268).

Student perceptions about their past EMI selection were viewed through the lenses of two distinct but complementary theoretical constructs, which together offer “bifocality” (Darvin & Norton, 2021, p. 9): motivation (in particular, the framework of the L2 Motivational Self System (L2MSS) (Dörnyei, 2005, 2009)), and investment (Darvin & Norton, 2015). The intention behind the duality of this approach is that a sense of both the temporal and spatial nature of the motivational profiles of the students experiencing EMI might be revealed, and insights gleaned into the role played by the self and identity in the language choice for undertaking academic studies. Our pathway to understanding the past decision to enrol on an English-mediated programme, a choice made prior to crossing the educational threshold from school to university, is through the prism of meaning-making in the present. In this regard, we also refer to the additional notion of “narrative identity” (McAdams & McLean, 2013). It is these theoretical constructs to which we now turn.

The Institute for Multilingualism at UIC Barcelona is proud to announce the Eighth Annual Spring Research Conference ‘Teaching, learning and communicating in multilingual contexts’ which will take place in person on Friday 24 March 2023 on the UIC Barcelona Campus.

We invite proposals for individual or joint presentations of 20 minutes (+ 10-minute discussion) related to the study of bi/multilingualism and teaching and learning in multilingual contexts within the areas of Linguistics, Applied Linguistics, and Psycholinguistics.

Anonymous abstracts (maximum 500 words, excluding references) must be submitted by 13 January 2023. Notification of acceptance will be sent out by 30 January 2023.

Through top-down language planning and bottom-up advocacy, the Catalan language has often been presented as a language of societal cohesion in today’s multiethnic and multilingual Catalonia. This article makes informed observations of an ad hoc Catalan language activist collective-No em canviïs la llengua. No em canviïs la llengua points to experiences of “native-born” Catalan interlocutors “changing language” to Castilian with them, and in 2019 created an informal group to express ideological opposition to alleged linguistic discrimination. I interpret No em canviïs la llengua as a novel example of language activism which follows from the historical trajectory of Catalan language policy and the work of other more formally established language organisations in Catalonia. Through their casually organised platform of events and social media interactions, these activists employ familiar rhetoric to construct an ideological narrative about the Catalan language: a “language that unites us”. I use highlights from semi-structured interviews and a brief observational study of a No em canviïs la llengua event in February 2020 to showcase how these activists utilise extant narratives about the Catalan language as a “tool of social cohesion”. I use a metapragmatic analysis to highlight themes of social equality, Catalan speaker identity, and linguistic agency. My analysis supports a non-essentialist approach to framing language activism, expanding beyond explicit demonstrations of activism, formal organisations, or native in-group/indigenous identities. As examples of social action, participation in sociolinguistic debate and interventions in metadiscourse also represent activism as a form of linguistic citizenship.

Catalan Sociolinguistics. State of the art and future challenges.

The aim of the work Catalan Sociolinguistics. State of the Art and Future Challenges is to give an account, in a summary way, of the major topics dealt with by the study of the relation between language and society in the Catalan language community, and the extent to which international approaches have been received and how they have been adapted to the Catalan domain.Every tradition has interpreted this interaction with specific approaches. The Catalan tradition, for example, has opted for a vision that integrates a wide range of studies on different themes (economy, law, political science, communication, ecology, linguistic variation, anthropology, and so on). So, in the book you are holding, the authors of the various chapters, recognised specialists in their fields, have provided complementary views that will enable us to make an overall analysis, something that was urgently needed in the context of the ultimate aim of bringing internal consistency to the discipline.

Catalonia is an interesting site for language ideology research for several reasons. It is a multilingual and multicultural territory, where both Catalan and Spanish enjoy the status of co-official language. Adding to this, over the course of the last two decades there has been a growing movement that has called for the independence of Catalonia from Spain, one which frequently places linguistic concerns at its centre. Against this backdrop, we report on a project that qualitatively examines the language ideologies of university students in the period after the 2017 Catalan independence referendum. Specifically, we conducted semi-structured interviews with 33 undergraduate students attending three universities from the wider Barcelona area. We examined the language ideologies of this cohort through the theoretical lens of linguistic authority, in particular, the concepts of anonymity and authenticity. Two central themes emerged from the data analysis: ‘Catalan: “lingered” authenticity?’ and ‘Spanish: glocal anonymity’. The findings reveal a complex array of language ideologies toward both Catalan and Spanish. Furthermore, in an ever-changing socio-political and sociolinguistic landscape in Catalonia, we maintain that qualitative methods can act as a powerful tool when examining cases of complex multilingualism. Més informació: Full article: Continuity and change: language ideologies of Catalan university students 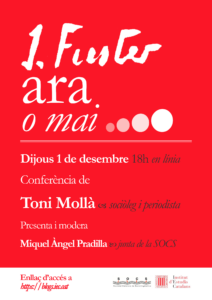 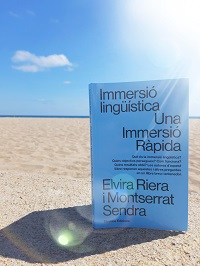 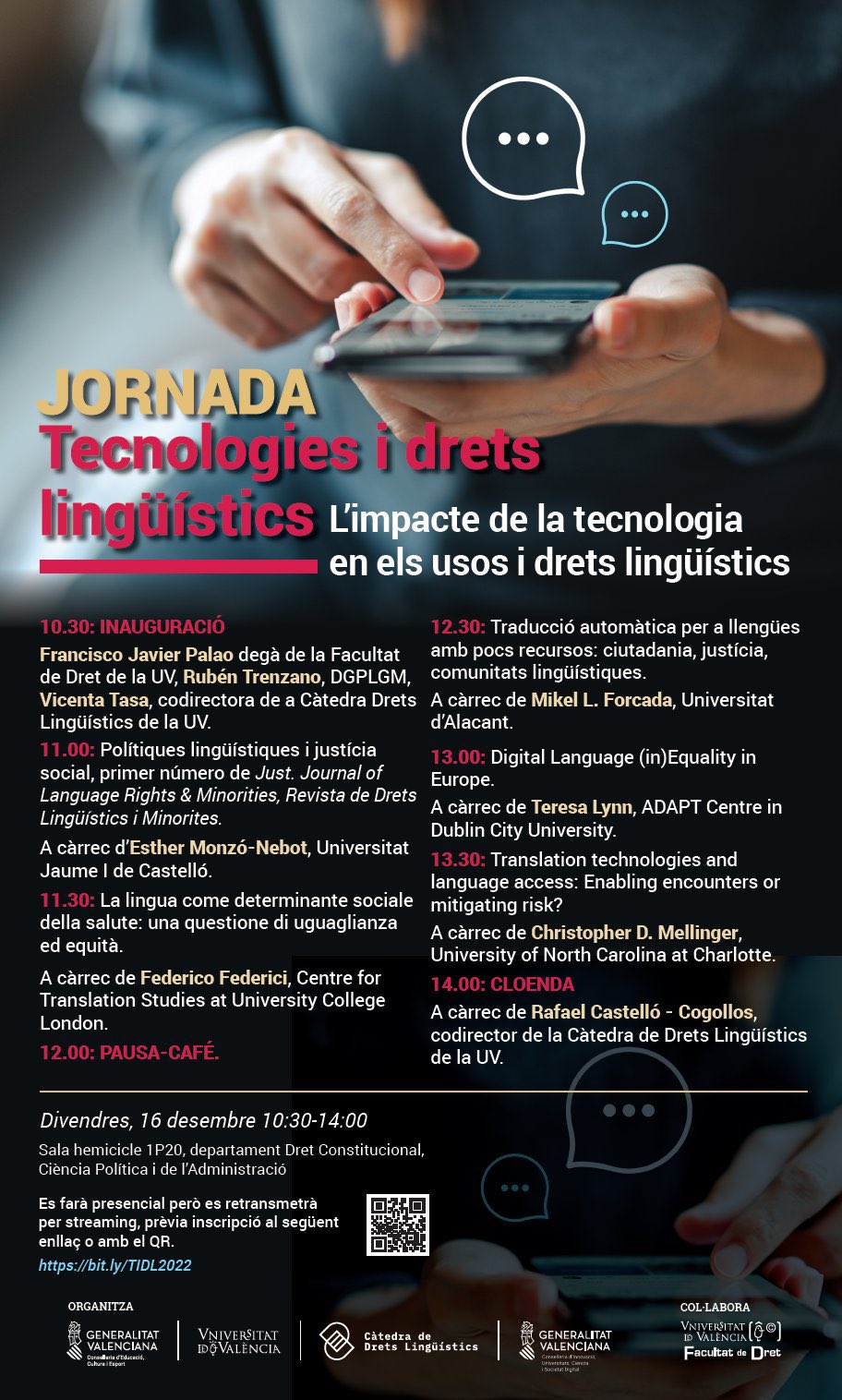