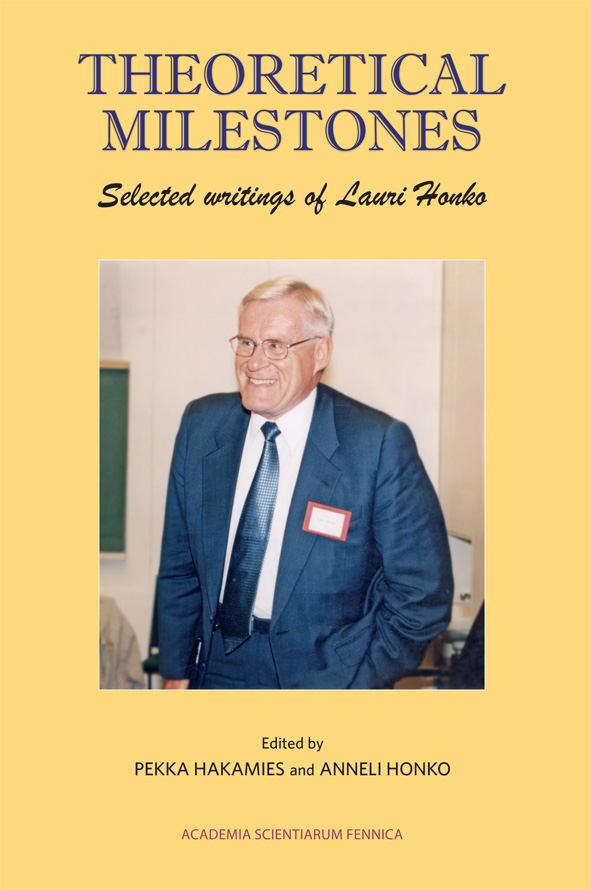 Lauri Honko (1932–2002) was among the leading folklorists of his time. In particular, he developed theories and concepts relating to folk belief, genre and epic. The present collection represents a selection of Honko’s key articles, which he considered worthy of republication himself. They relate to Honko’s own research, to the debates and discussions he took part in; some are introductions to article collections produced by groups of researchers.

Honko’s writings combine a typically strong empiricism with clear theoretical thought. His own theoretical framework was above all one of functionalism, within which he united other currents within folkloristics, such as ‘composition in performance’, ‘ecology of tradition’ and ‘textualisation’. He was occupied by the question of how the individual performer used folklore, be he a teller of proverbs or jokes, a singer of oral poetry or a producer of written epic.

Honko was at no stage a representative of the traditional ‘Finnish school’ of folklore research, and origins and developments were a research challenge to him particularly from the perspective of how folklore adapts in different ways to its setting and circumstances of performance by means of variation, and how regularity may be discerned within this.