COL·LOQUI: “The Universe, the Cold war, and Dialectical Materialism”

“The Universe, the Cold war, and Dialectical Materialism” 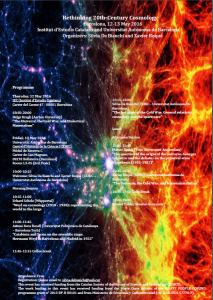 During parts of the Cold War period cosmology in general and finite cosmological models in particular were regarded as politically incorrect in the Soviet Union. Not only did such conceptions of the universe contradict dogma of dialectical materialism, they were also accused of introducing religious concepts in science. The result of the ideological campaign against Western-style cosmology was that very few Soviet scientists contributed to cosmological research. The communist propaganda and suppression of cosmological theories lasted longer and was more pervasive in Red China, where finite-age theories were de facto forbidden until the late 1970s. The development in the two countries provides an instructive case study of the intervention of political ideology in twentieth-century physical and astronomical science.