The political economy of energy extraction: uncontested past, controversial present 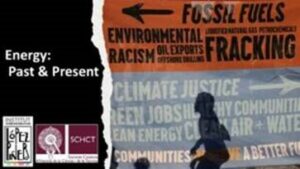 “The political economy of energy extraction:
uncontested past, controversial present”

One of the main features of the 20th century, from the point of view of energy history, has been the enormous increase in the extraction of fossil energy sources: not only oil and gas in advanced capitalist countries, but also coal. This increase was made possible by several factors: firstly, the perpetuation and territorial extension of colonial exploitation logics that began well before the 20th century, in the name of the concepts of national energy security and economic growth; secondly, the development of new extraction, transport and distribution technologies, but above all exploration and processing technologies for oil and gas (think of the emergence of petrochemicals) thirdly, as shown by historians such as Timothy Mitchell, by the intrinsic qualities of oil and its transportation, which depleted the capacity of oil workers to unionise and block the transportation of this raw material; and lastly, the rise and political, economic and technological consolidation of national and international oil companies. It was a trajectory that, for more than half a century, had virtually no opponents. The situation began to change towards the end of the 1960s, with the development of the first environmental movements in the Americas and Europe. The demands of these movements gradually expanded to a global scale and a range of demands that were no longer merely localised, but systemic, global. Contemporary environmental movements no longer protest only against the construction of oil pipelines in the US Appalachians or in the Italian Puglie Mountains, dams in India’s Arunchal Pradesh or Chile’s Aysén, nuclear power plants in Germany, or the damage caused by massive oil extraction in the Niger Delta, but also for universal ideals, such as a stop to the climate crisis, the distribution of the benefits of extractive activities to the populations where these activities take place, or the demand for participation in decision-making in the energy sector: in short, demonstrating for climate and energy justice. While the first part of the seminar will be devoted to a historical overview of fossil energy extraction, the concept of energy justice, which emerged in the social sciences a decade ago, will be the focus of the second part of this seminar.