It is no news that the many-headed hydra of capitalism is at the peak of its planetary hegemony. More and more forms of life, human and non-human, are reshaped or destroyed by it. The ‘Technology & Capitalism’ seminar series is concerned with exploring the ways in which technological practice has shaped – and been shaped by – the economic, social and cultural dimensions of capitalist development from the eighteenth century to the present day.

How has capitalism changed and how is it changing? And what can the social studies of technology say about it? How can a focus on the material help understand in historical perspective aspects of the present and past workings of capitalism? In what way can our work contribute to a critique of capitalism that can be of use beyond academia?

The series aims to explore these questions by bringing together scholars from the fields of social anthropology, sociology, as well as the history of science, technology and medicine; scholars who are seriously engaged in understanding some of the changes in the material landscapes of capitalism. It does not aim at exhaustivity. Rather, it will focus on four particular cases of relatively new technologies. In particular it will deal with the materiality of financial trading, the role of self-tracking as a data-driven way of producing subjectivities, the history of biometric technologies, and the relations between neuroscience and value production in biocapitalism.

In so doing, the series aims to understand the relation of capitalism to technology in its deepest sense: the relationship between the construction of society and the self through the political, imperial and economic context in which it has developed.

This interview to Keith Breckenridge has been conducted in 2022 by Laura Masó Ferrerons as part of the seminar series Technology & Capitalism jointly organized by the Catalan Society for the History of Science and Technology and the Institute for the History of Science of the Universitat Autònoma de Barcelona. The seminar series has been organized by Jaume Sastre-Juan and Eóin Phillips.

This interview to Natasha Schüll has been conducted in 2022 by Laura Masó Ferrerons as part of the seminar series Technology & Capitalism jointly organized by the Catalan Society for the History of Science and Technology and the Institute for the History of Science of the Universitat Autònoma de Barcelona. The seminar series has been organized by Jaume Sastre-Juan and Eóin Phillips.

This interview to Danielle Carr has been conducted in 2022 by Laura Masó Ferrerons as part of the seminar series Technology & Capitalism jointly organized by the Catalan Society for the History of Science and Technology and the Institute for the History of Science of the Universitat Autònoma de Barcelona. The seminar series has been organized by Jaume Sastre-Juan and Eóin Phillips.

This interview to Donald MacKenzie has been conducted in 2022 by Laura Masó Ferrerons as part of the seminar series Technology & Capitalism jointly organized by the Catalan Society for the History of Science and Technology and the Institute for the History of Science of the Universitat Autònoma de Barcelona. The seminar series has been organized by Jaume Sastre-Juan and Eóin Phillips. 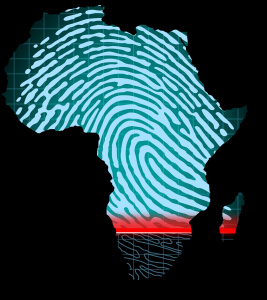 This talk argues that a new and distinctive variety of capitalism is currently taking form on the African continent. States are being remade under the pressures of rapid demographic growth, persistent conflicts over boundaries, domestic and global national security demands, declining investments in mineral resources and the gifts of multilateral donors and international data-processing corporations. Much of this turn to enhanced forms of state surveillance is common to societies across the globe, but the economic and institutional forms on the African continent are distinctive. The British, French and Portuguese colonial states bequeathed lethargic and constrained registration systems to their post-colonial successors – government administrations that did little to record births, deaths, marriages, debt or property. This administrative condition has changed little, or deteriorated, over the last half-century. Automated biometric identification systems, aimed chiefly at adults, present these states with apparently simple and cost-effective alternatives to the intractable and expensive projects of registration. In many African countries – the paper discusses Ghana, Kenya and Nigeria – commercial banks are offering to bear the costs of building centralised biometric population registers. They have explicitly in mind the development of an unusual combination of a centralised national identification database and commercial credit risk scoring apparatus, an informational union that aims to transform all citizens into appropriate subjects of automated biographical debt appraisal. This is remarkable in comparison with the earlier histories of identification and registration, and with the legal and administrative arrangements for physical and virtual forms of property that exist on the continent. 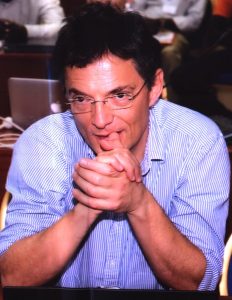 Compass to Sentinel: The Automation of Self-tracking Technology. Flyer 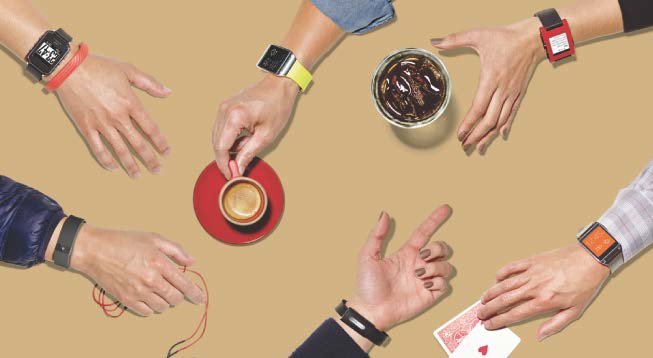 The talk draws on ethnographic fieldwork to argue that a shift is underway in the logic of behavioral guidance informing the design and use of so-called self-tracking technology — apps and wearable devices that sense, record, and analyze users’ data. While first-wave self-tracking technologies were designed to serve as digital compasses that could provide attentive selves with information to help them navigate the choice-filled seas of modern life, newer technologies are designed to serve as sentinels that can stand watch for distracted and overwhelmed selves, providing just-in-time micronudges to keep them on track. 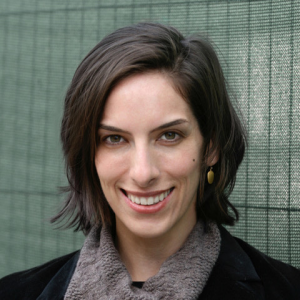 Natasha Schüll is a cultural anthropologist and associate professor in the Department of Media, Culture, and Communication at New York University. Her 2012 book, Addiction by Design, parses the intimate relationship between the experience of gambling addiction and casino industry design tactics, showing how architectural, atmospheric, ergonomic, audiovisual, and algorithmic-computational techniques are marshalled to suspend—and monetize—gamblers’ attention. Her current book project, “Keeping Track,” explores the rise of sensor-based, digital technologies of the self and the new modes of introspection, self-care, and self-regulation they offer. Her documentary film, Buffet: All You Can Eat Las Vegas, has screened multiple times on PBS and appeared in numerous film festivals. Her research and op-eds have been featured in 60 Minutes, The New York Times, The Economist, The Atlantic, The Washington Post, The Financial Times, Salon, NPR, WGBH and WNYC.

“But is it Labor?”: Neural Data and Value Production in Biocapitalism. Flyer 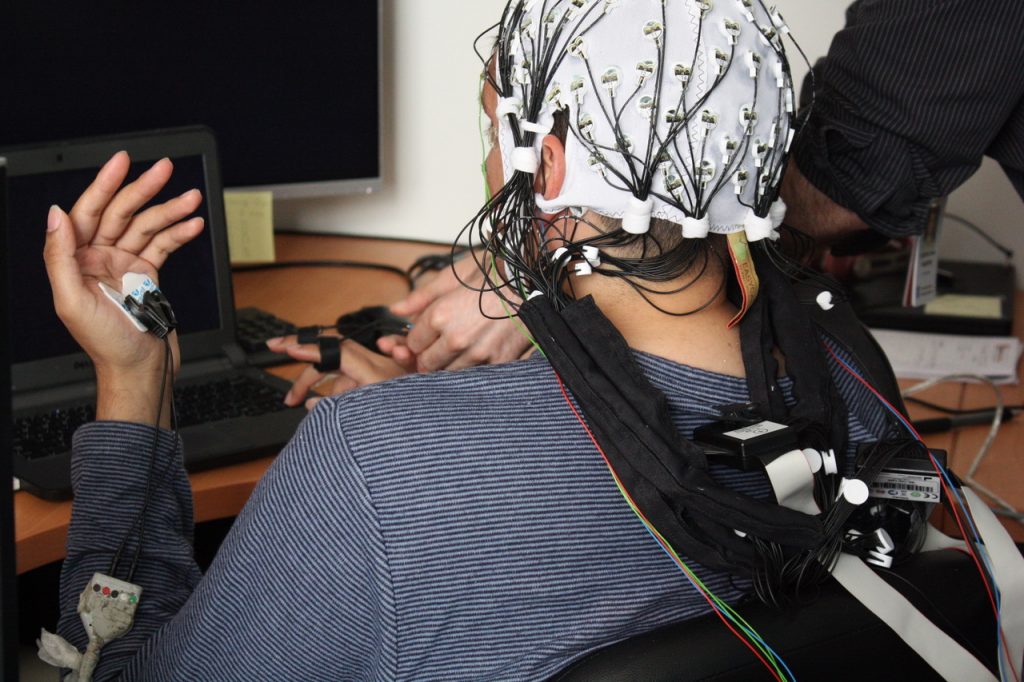 Many scholars have proposed that new permutations of capitalism are organizing around biological life itself as a site to extract value. These accounts tend to argue that in “biocapitalism,” activities that would normally be called “reproduction”—which can mean either the biological life of the body or the activities of maintaining social life, depending on how you define it—has been reframed as itself productive labor. This talk considers some of these claims about “biocapitalism” by thinking through the development of brain implants for affective disorder. Currently, brain implants are being developed to both treat mood disorder in humans and simultaneously collect data that can be coupled to other behavioral information to predict and engineer mood states. The technology has not only been the recipient of state and military funding historically, but currently receives vast amounts of private investment from data monopolists like Google and Facebook. This talk uses four years of ethnographic work in experimental neural engineering labs to discuss the forms of value production in biocapitalism. What does it mean to propose that life itself has become labor? And what does it do for a contemporary critique of capitalism to think through emerging forms of value production through the lens of labor? 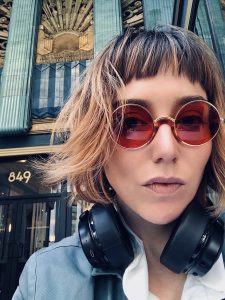 Danielle Carr is a writer and Ph.D candidate in the Department of Anthropology at Columbia University. She writes about the politics and history of science, especially the mind sciences. She is currently a Lindt Fellow, completing a dissertation about the development of brain implants for psychiatric disorder. Her essays have appeared in publications including n+1, the Nation, the Baffler, PioneerWorks, and Jacobin. Her academic work has been supported by organizations including the NSF, the Wenner Gren Foundation, the Horowitz Foundation, the Chateaubriand Fellowship, the Society for Psychological Anthropology, the Council for European Studies, and the Mellon Foundation. 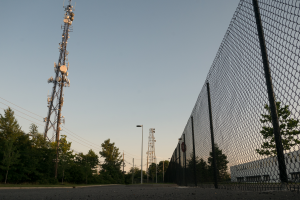 ‘Material political economy’ is a perspective on finance (and similar economic activities) that takes all three of those words seriously. It probes the material foundations of economic life; examines the politics of those foundations (both in the actor-network theory sense of ‘material politics’ and in the effect on, e.g., finance’s materiality of the interaction between finance and the political system); and is attentive to mundane but deeply consequential economic processes, including rent-seeking.
The main case that will be examined is automated, ultrafast high-frequency trading or HFT. Among the effects of HFT’s extreme speed are surprising vulnerability to everyday material phenomena (rain, even bird droppings) and an exquisite sensitivity to the precise location of equipment. In HFT, the speed of light in a vacuum is no longer simply a theoretical limit but a practical constraint, and this makes HFT’s materiality above all a spatial materiality.
Two other cases will be discussed more briefly: bitcoin, which has a structural similarity to HFT, but one whose material manifestation is quite different; and online advertising, with its intimate material political economy, in which devices that we consider personal can act in surprising ways. Your phone, for example, may itself be conducting auctions for your attention. 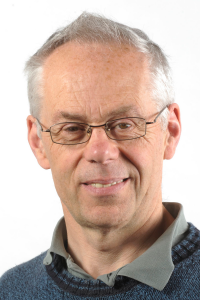 Donald MacKenzie is a sociologist of science and technology at the University of Edinburgh, where his research focuses on the material foundations of economic activities such as financial trading and online advertising. His book, Trading at the Speed of Light: How Ultrafast Algorithms are Transforming Financial Markets, was published by Princeton University Press in May. His earlier books include Inventing Accuracy: A Historical Sociology of Nuclear Missile Guidance (MIT Press, 1990) and An Engine, Not a Camera: How Financial Models Shape Markets (MIT Press, 2006).